The Legacy of Carron

Many companies claim a sense of history and importance in modern manufacturing, but few have ties going back over 250 years and links to the birth of the industrial revolution.

Founded as a partnership in 1759 by Dr John Roebuck, Samuel Garbett, and William Cadell, things didn’t run smoothly for The Carron Company for a number of years. Using coke from coal mines instead of charcoal however, a method pioneered by Abraham Darby, helped change the fortunes of the company.

Further investment was needed as the infrastructure required to operate an iron works was vast. There was also a large, unskilled workforce that needed to be trained. But time was of the essence. The industry was advancing quickly and the founding partners were beginning to fear their company would be left behind.

But in 1764, their luck changed. The iron being produced was increasing in quality and a contract to supply the British armed forces brought much needed stability to the company.

The production of cannons for the armed forces was stopped as quality was starting to slip but the arrival of a new business partner in 1765, Charles Gascoigne, was to change everything.

Gascoigne knew they could do better and set about developing a new type of short range cannon, The Carronade. It was a huge success, so much so, the Duke of Wellington requested that only cannons manufactured by The Carron Company be used in his army.

And the rest, as they say, was history.

Thankfully, times changed and the need for cannon reduced, leaving Carron to produce some of the most iconic iron products in the world, including red telephone boxes and pillar (post) boxes for the Post Office. Some of these post boxes are still in use today with ‘Carron Company, Stirlingshire’ proudly emblazoned on the base 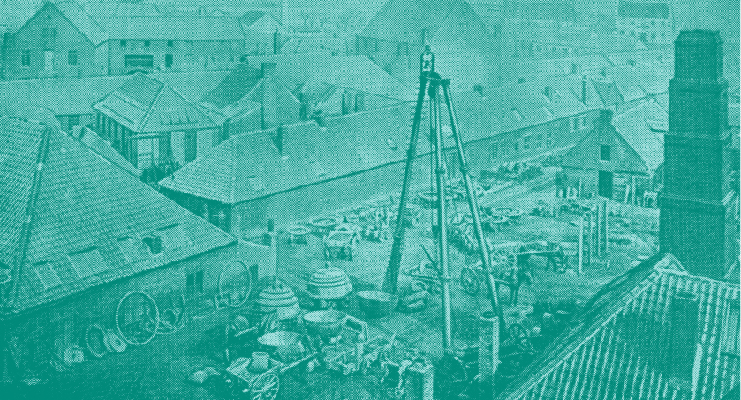 Carron Bathrooms have had many milestones along our long and illustrious journey.

1759: The foundation of the Carron Company

Formed on the banks of the river Carron, The Carron Company ironworks would go on to shape the world and has been credited with starting the Industrial Revolution.

At its peak, The Carron Company employed over 2000 people from the surrounding area. Its output was so vast it was known the world over.

Times changed and the need for iron reduced. After 223 years, The Carron Company became insolvent. The remaining parts of the business were sold off and Carron Bathrooms was formed.

Carron push manufacturing to the limit, to create the Celsius Range of baths, including the iconic Freestanding model